“…Taylor, Katz, and Grajeda have culled print and visual materials from the popular press, trade journals, and company archives that neatly capture the excitement of the new enterprises of radio, sound recordings, and film and the quandaries surrounding these media…Highly Recommended.” 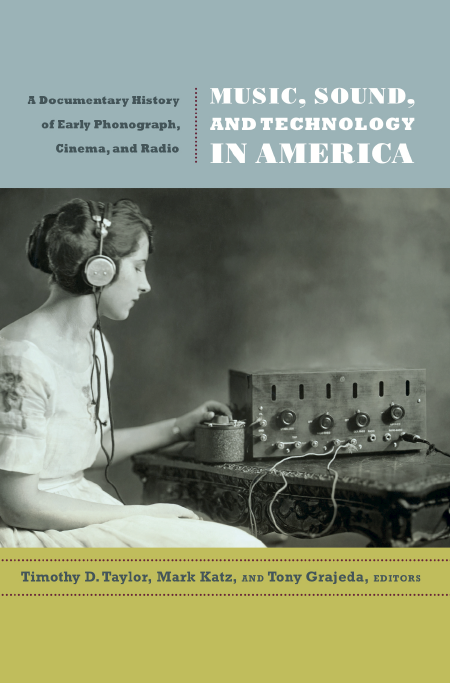 This unique anthology assembles primary documents chronicling the development of the phonograph, film sound, and the radio. These three sound technologies shaped Americans’ relation to music from the late nineteenth century until the end of the Second World War, by which time the technologies were thoroughly integrated into everyday life. There are more than 120 selections between the collection’s first piece, an article on the phonograph written by Thomas Edison in 1878, and its last, a column advising listeners “desirous of gaining more from music as presented by the radio.”

Among the selections are articles from popular and trade publications, advertisements, fan letters, corporate records, fiction, and sheet music. Taken together, the selections capture how the new sound technologies were shaped by developments such as urbanization, the increasing value placed on leisure time, and the rise of the advertising industry. Most importantly, they depict the ways that the new sound technologies were received by real people in particular places and moments in time.

As a resource, the collection is very usable and particularly student-friendly…

Author – MP3: The Meaning of a Format